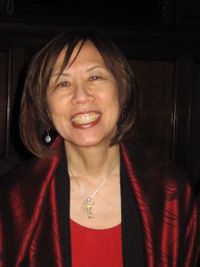 Adrienne is currently the Associate Vice-President for Research, Engagement, and Graduate Studies at the University of the Fraser Valley, Abbotsford, British Columbia. [1] [2]

A two time Social Sciences and Humanities Research (SSHRC) recipient, Adrienne devotes much of her time to research and scholarship. She is the author of three books, two of them co-edited.

Books, and chapters in books
Chan, Adrienne S. (2010). "Challenging notions of identity in the learning journey." In: B. Merrill and J. González Monteagudo (editors) (2010) "Educational Journeys" and
"Changing Lives." Vol.1, Seville, European Society for Research on the Education of Adults (ESREA), University of Seville and University of Warwick.