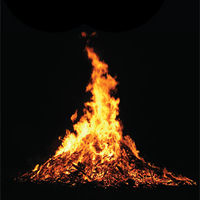 Chris Creighton-Kelly is an interdisciplinary artist, writer and critic. He was born in the UK of South Asian/British heritage. His artworks have been presented across Canada and in India, Europe and the U.S.A. This work has been internationally recognized with various grants and awards from five countries. Chris has been creating performances since 1975. He is interested in the convergence of racialized identities within their cultural contexts - both host and diasporic and technologies which simulate these relationships - both new and old, both popular and esoteric. Chris uses low tech, interdisciplinary methods to create his work, borrowing from video, performance, visual art, popular media and theatrical traditions. Chris has given numerous lectures, workshops and presentations both in academic institutions and in community based organizations. He has persistently been interested in questions of absence in the discourses of the Western world -whose epistemology is unquestioned?...who is not represented?...who has power?...who does not?- and how these questions are presented and (re)presented using various technological systems. Chris currently writes Culture Talks, a popular column for Boulevard Magazine. He has also been published by the Banff Centre Press and by Canadian journals such as Fuse, Parallelogramme and Vice Versa. Chris has produced videos and visual art installations. He has worked as a musician, notably in the agit-prop group, Evictims. Chris Creighton-Kelly also works as an arts policy consultant. Two of his areas of concern are cultural diversity/racial equity and interdisciplinary using technology in the arts. He has worked for various governments and many of Canada’s cultural institutions including: the Council of Europe; the Canadian Cultural Centre in Paris; the Ministry of Canadian Heritage; the Canada Council for the Arts; the Canadian Conference for the Arts; the Cultural Human Resources Council; The Banff Centre for the Arts and the Confederation Centre of the Arts. His work in the area of racial equity has been internationally recognized. Chris has received artist grants from the Canada Council for the Arts, the Canadian Department of Multiculturalism, the BC Arts Council, the Ontario Arts Council, the Canadian High Commission in India, the National Endowment for the Arts in the United States and the Arts Council of England. Chris appreciates his audiences a lot.

For over 35 years, I have spent my adult life involved with the Canadian arts system. I have worked as an artist, writer and cultural critic. I have also been an arts administrator, a columnist, a technician, an arts reviewer, an artistic director, a government cultural bureaucrat and even for a few years, a cultural diplomat in Paris.

I am currently working on a book about the Canadian art system and the many contemporary challenges that it faces.

I also work as an arts consultant. Creating everything from - arts research to grant applications to strategic plans to cultural/racial diversity strategies to literature reviews to arts reports to special event planning.

I work in both 'community' arts and 'professional' arts contexts, emphasizing artist-led collaboration between these two ecologies.

I work with a critical eye, thoroughly knowledgeable about the past; engaged in our fragile arts present; yet with hopeful clarity about the future of Canadian culture(s).

It will not always be as it is now. Artists know this.

This article based on content from URL of site.

This article based on content from URL of site. Original version: http://www.banffcentre.ca/faculty/faculty-member/331/chris-creighton-kelly/

This article based on content from URL of site. Original version: http://www.linkedin.com/pub/chris-creighton-kelly/22/671/545