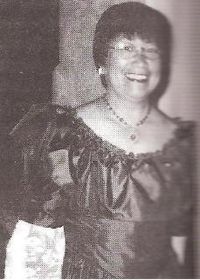 Since 1986, Leti has been an active volunteer community organizations and associations. Her main interest was to foster the Canadian citizenship rights and responsibilities of the new immigrant like herself, without jeopardizing the preservation of their own culture. In 1987, at the invitation of the Secretary of State, she served as a member of the Committee on Citizenship for the Atlantic region to talk on issues affecting the new immigrants. She has been active on the Immigrant settlement and adaptation programs in Prince Edward Island, Canada.

Leti has been very involved not only in community activity but also in her profession as a Certified Public Accountant even way back in the Philippines. After graduating from the University of the East in Business Administration major in Accounting, she passed the Certified Public Accountant board examination as one of the top twenty. She attended graduate studies at the University of Santo Tomas and was invited to be a member of the faculty to teach Taxation and Accounting at the College of Commerce of the university. She was a regular Management Accounting and Auditing lecturer at St. Theresa’s College, La Consolacion College-Manila and Barasoain, Bulacan and Adamson University. She became the coordinator and professor of the University of Santo Tomas. In April 1974, she was one of the four professors in Management Services and Practical Accounting commissioned by the government of the Philippines through the Board of Accountancy to travel and lecture at different universities in the Philippines that offered accounting major, in preparation for the adaptation of Practical Training before the board examination. Aside from teaching, she was a very active Tax, Accounting and Management Consultant practitioner in the Philippines up to the time she left the country in 1977. She coordinated one of the University Dean’s of Commerce conference in Tagaytay, Philippines. Thereafter, she was nominated to be a member of the Board of Accountancy Examiners in the Philippines, but she had to leave the country after she got married to Jaime La Rosa in May 1, 1977. Now, she is a mother of two children: Jennifer Ninia, 20 years old and 3rd year Bachelor of Science major in Chemistry and Jaime Joseph, Jr., 18 years old and in high school.

In Canada, she was one of the organizers of the Immigrant Women’s Group whose main objective was to help the immigrant women in their adaptation and assimilation of the Canadian culture. She was one of the founding members of the National Organization of Immigrants and Visible Minority Women’s Organization of Canada. She initiated the founding of the Filipino-Canadian Association of Price Edward Island (PEI) in 1990. With only seven Filipinos in PEI in 1987, they were able to organize the very first successful Filipino-Canadian Christmas party, which was to become an annual event with a yearly summer picnic.

The Filipinos, through her efforts have participated in different social, educational and cultural events in PEI. She has brought them to do school and community presentations about the Philippines, showing artifacts, games, dances, food, costumes, singing Filipino songs, exploring Philippine sceneries, history, languages and people via video, pictures, books, slides and speakers. They have participated at the Heritage Fall Festival with different cultures, Canada Winter Games performing the La Jota Mocadena dance, Canada 125th Anniversary celebration in all of these events to educate Islanders about Filipino culture, music, artifacts, food and heritage. Through Leti’s organization, the Filipiniana Dance Troupe of Montreal came to Prince Edward Island to fund-raise for the Alzheimer’s Association, in 1992.

She has been the Vice-President for the Atlantic region (Prince Edward Island, Nova Scotia, Newfoundland and New Brunswick) of the National Council of Canadian-Filipino Association since 1990. The main objective of the association is to foster and preserve the Filipino culture and at the same time assimilate with the Canadian culture, work on issues affecting all of the Filipinos in Canada and Philippine-Canada development. She has been an executive of the National ActionCommittee on the Status of women of Canada, who champion the rights of immigrant and Filipino women. She has been on the executive board of the Canadian Learning Opportunities for Women Association of Canada to foster the literacy of immigrant and Filipino women. She was on the executive board of the Canadian Council of Multicultural Health working for the ethnocultural health issues of immigrants. She is the present president of the Race Relations Education Association (PEI) Inc, that works for the equality of cultures in PEI. She continues her commitment to the Filipino people through her active participation in the Philippine Development Assistance Program, Ethnocultural associations and the National Council of Canadian Filipino Association.

Leti has been involved in activities for the community awareness of the multicultural context of the province and Canada itself. In 1987, for these works in the community, the PEI Multicultural Council awarded her a Certificate of Achievement on Citizenship. On the 40th anniversary of the Citizenship, the Honorable David Crombie, M.P. recognized her in April, 1987 by presenting her with and award for Citizenship and Community Contribution.

She has been doing presentations and speeches all over Prince Edward Island on the education of citizenship role, race relations, Filipino heritage and culture, and multiculturalism. In 1986-87, she presented a play, “Profiles of Immigrant Women in PEI” for the local community schools and Women’s Festival. She has been active as a volunteer organizer for the Heritage Fall Festival, which is the only annual showcase of multicultural heritage. The Filipino community has garnered three major awards in this showcase for their participation in all of the categories (displays, music, dance, and food) for three consecutive years. Because of her active involvement in organizing the festival that attracts over 3,000 people yearly, she was appointed the official coordinator in 1993, 1994 and 1995. She was instrumental in the involvement of the PEI Multicultural Council on Citizenship Court, initiating their participation in hosting the Citizenship Day. She coordinated the Souris, PEI “ Christmas of the World” event. At this event, the Filipinos staged a typical Misa de Gallo, complete with Filipino Christmas songs, dances and a Christmas tree with decorations from the Philippines.

She has been teaching Filipino and international cooking and cake decorating at community schools for several years. She is well known for her catering cuisine and specialty cakes on Prince Edward Island. She has promoted Filipino participation in different activities in PEI, such as in Canada Day, fund-raising activities, Telethons, Canada 125th Multicultural festivities, race relations and new immigrant settlement and adaptation.

This article based on content from http://www.filamimage.com/1998_TOFA/lrosa.html.
Retrieved from "https://www.asiancanadianwiki.org/mw/index.php?title=Leticia_La_Rosa&oldid=16294"
Categories: